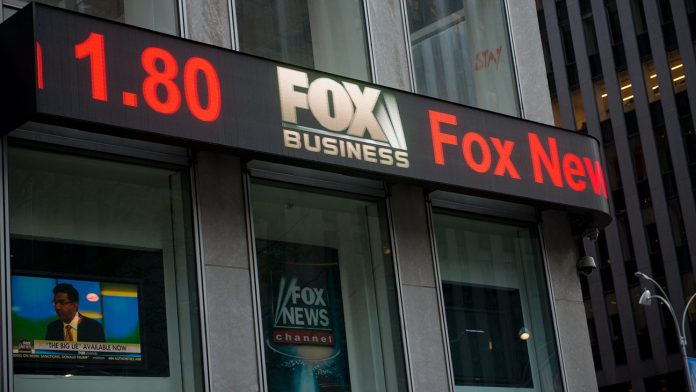 In an application to the high court, TVEyes says it is presenting an “exceptionally important question” about how to balance copyright with the First Amendment right to criticize and comment.

The U.S. Supreme Court may soon have the opportunity to shake up the consumption of news. At stake could very well be the online dissemination of broadcast news clips as well as a deeper understanding of how politics and news intersect. That’s because Wednesday, the media monitoring service TVEyes indicated in an application to the high court that it would indeed be petitioning for review of a recent appellate loss to Fox News.

TVEyes is no ordinary service.

With the capability of storing massive amounts of programming that allow researchers to locate what’s being said about a given topic, individual or corporation on some 1,400 TV and radio stations, TVEyes has been used by customers including the U.S. Department of Defense, the United Nations, The New York Times, professional sports leagues and even the White House. At a time when President Donald Trump is said to be wildly influenced by what he sees on the Fox News morning show Fox & Friends, the ability to search relevant clips and disseminate them for critical commentary is arguably a paramount societal need.

Fox News sees it very differently. The Rupert Murdoch-owned cable broadcaster believes that what TVEyes does is a flagrant copyright violation that undercuts the channel’s ability to license clips. Although Fox News has told courts that it won’t stand in the way of a service that makes use of closed captioning transcriptions, it is drawing the line at a company like TVEyes that provides video and audio to customers — almost in real time — and then allows clips to be shared through email and social media.

In February, the 2nd Circuit Court of Appeals agreed that TVEyes had gone too far. Writing for the majority, Circuit Judge Dennis Jacobs rejected TVEyes’ fair-use defense and told the trial court to revise an injunction.

“TVEyes’s redistribution of Fox’s audiovisual content serves a transformative purpose in that it enables TVEyes’s clients to isolate from the vast corpus of Fox’s content the material that is responsive to their interests, and to access that material in a convenient manner,” he wrote. “But because that redistribution makes available virtually all of Fox’s copyrighted audiovisual content — including all of the Fox content that TVEyes’s clients wish to see and hear — and because it deprives Fox of revenue that properly belongs to the copyright holder, TVEyes has failed to show that the product it offers to its clients can be justified as a fair use.”

With some doubt about whether TVEyes would seek further review at the Supreme Court or shutter its service, TVEyes has finally, seven months later, chosen to take its best shot at salvation.

“This case presents an exceptionally important question regarding the proper construction of the Copyright Act’s fair-use defense, and in particular, the fourth fair-use factor—’the effect of the use upon the potential market for or value of the copyrighted work,'” writes Quinn Emanuel attorney Todd Anten in an application for more time to file a petition for a writ of certiorari.

In bringing this case to the Supreme Court, TVEyes is going somewhere that Google didn’t when fighting with authors and publishers over the scanning of millions of library books. In fact, TVEyes points out that the Supreme Court hasn’t addressed copyright fair use in over 20 years since the blockbuster decision in Campbell v. Acuff-Rose Music, the one concerning 2 Live Crew’s take on Roy Orbison’s “Pretty Woman” that articulated transformative uses of copyrighted material.

TVEyes’ attorney tells the Supreme Court that the 2nd Circuit decision conflicts with precedent and “creates a circuit split over a question of exceptional importance, including the proper balance under copyright law between the interests of a copyright holder and the First Amendment right to criticize and comment upon the copyright holder.”

Anten says he would like until Sept. 12 to file his full petition.

Once at the Supreme Court, the petition is likely to draw plenty of third-party briefs arguing both for and against a review. Among those who participated as amicus curiae before the 2nd Circuit: Google, Microsoft, the American Library Foundation, Public Knowledge, the Electronic Frontier Foundation, the National Association of Broadcasters, the American Society of Journalists and Authors, the National Press Photographers Association, Hearst Television and ITV.

Even CNN participated. Although some of its reporters use TVEyes to find relevant Fox News clips to showcase on its news shows, CNN decided to stand by its rival with the future of news at stake.

“It is no secret that the media industry has come under enormous financial pressure in the digital age,” stated CNN’s amicus brief. “Producing high-quality reporting and programming is an expensive endeavor, and creators are dependent upon ever-diminishing ad and licensing revenues in order to fund their continued ability to cover matters of public interest. As people consume more and more news and entertainment via mobile devices and the Internet, the market for streaming audio and video has become a key source of revenue. Indeed, today’s consumers are increasingly drawn to shorter, topical video clips on their computers and mobile devices rather than full-length programming. TVEyes unlawfully misappropriates that market for itself.”