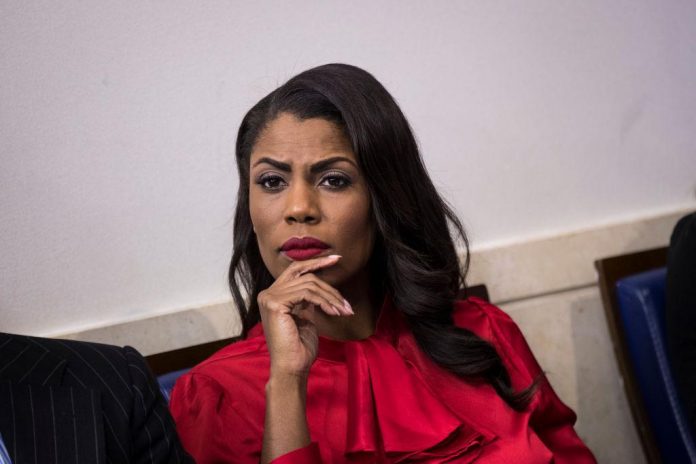 Donald Trump has again slammed reports there are recordings of him using the N-word while filming The Apprentice – and claimed a producer on the show has assured him none exist.

The US president hit back as Omarosa Manigault-Newman – a one-time contestant who first made the claim – continued to stand by the accusation.

Taking to Twitter on Monday evening, Mr Trump said producer Mark Burnett had “called to say that there are NO TAPES of the Apprentice where I used such a terrible and disgusting word as attributed by Wacky and Deranged Omarosa. I don’t have that word in my vocabulary, and never have. She made it up.”

Ms Manigault-Newman, known simply as Omarosa, became a White House staffer after her time on the TV show and was once one of Mr Trump’s most prominent African American champions.

But, after being fired for apparent “integrity violations”, she has turned on her old boss, making several lurid claims, and releasing voice recordings secretly made during her time in the administration.

None of those tapes – released as part of a promotional campaign for her new book, Unhinged – feature Mr Trump using racial slurs and none, so far, have been in any real way damaging to the White House.

Continuing his attack on his former employee, Mr Trump also tweeted on Tuesday: “Look at her MANY recent quotes saying such wonderful and powerful things about me – a true Champion of Civil Rights – until she got fired. Omarosa had Zero credibility with the Media (they didn’t want interviews) when she worked in the White House. Now that she says bad about me, they will talk to her. Fake News!”

He is not the first to question her reliability as a source.

Frank Luntz, the Republican campaign pollster whom she claimed told an associate he had heard the president use the racial slur has denied the assertion.

“I’m in @Omarosa’s book on page 149,” he previously tweeted. “She claims to have heard from someone who heard from me that I heard Trump use the N-word. Not only is this flat-out false (I’ve never heard such a thing), but Omarosa didn’t even make an effort to call or email me to verify. Very shoddy work.”