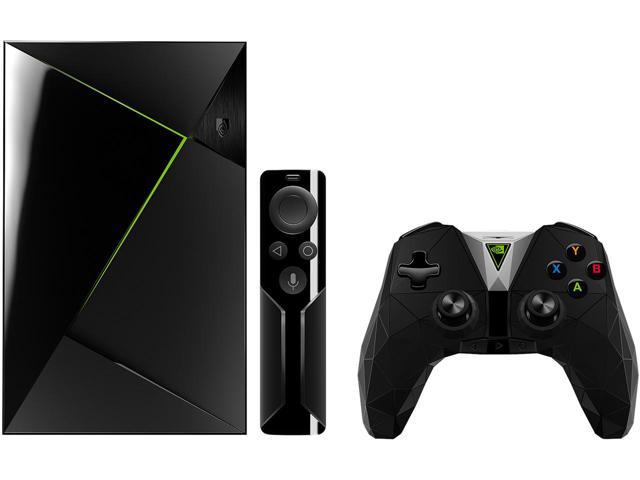 Nvidia’s Shield is one of those things which is very exciting as an idea, but a little less than that in action. Which, by the way, is not to say that it is a bad device – far from it, it is an excellent streaming box with a lot of great features and apps.

As a games console that leverages the power of your beloved PC and its collection of Steam games so you can play them on a nice big TV? Well, your mileage may vary on that front.

Setting up the device is pretty simple, and if you already have an Android powered tablet or phone, you can simply port the settings from that to get the Shield dialed in to your home network. Of course, like some walking, breathing technological curse, this did not work for me, though manual setup was similarly breezy. In a lot of ways it really is just another smart box for your goggle box – a small plastic enclosure and a near ubiquitous stick-style remote; but there’s a lot more going on under the hood. There’s an Nvidia Tegra processor, 16GB of onboard storage, gigabit ethernet, wireless connections, Bluetooth, and HDMI 2.0b connectivity alongside two USB 3.0 ports, which can be used to expand the onboard storage.

It’s packed with audio and video codecs, and filled to the brim with services right out of the box – you get Nvidia Games, Netflix, various Google stores (the device also runs Android Nougat, and runs it smoothly), Plex, Vudu, and more – and you can of course download more apps straight away, like Kodi. And of top of that, it’s got Chromecast baked in, and I suspect the most updated version – I’ve been running a first-gen Chromecast for years and it has been getting very flaky. Casting to the Shield is, on the other hand, easy and silky smooth.

It’s a really great streaming box, and has integrated into my household (and gained my non-gamer flatmate’s approval) pretty easily.

But what about the games? Welp.

I have no issues with casting to TV, my old Chromecast, or even to the Shield. I have zeros issues with my phone, and have generally good signal strength around the house. But streaming games from my PC were riddled with data dropouts and slow streaming speeds. Not unplayable, but not exactly the dream we’d been promised. As to streaming Nvidia’s own games remotely – and there’s a good selection – that’s even less doable. At first it insisted it had be switched to the 5GHz band, which I did, and then informed me that streaming was impossible – my ping was too high. It’s a shame, because the included controller in this version (there’s one with just the remote for $249) is really quite good.

So is it good? There’s more to it – like Android games for instance – but ultimately it depends how you look at the device. As a streaming box that can be capable of some nice tricks every now and then, it’s great.

As a PC-powered games console? Not so much, at least in my experience.