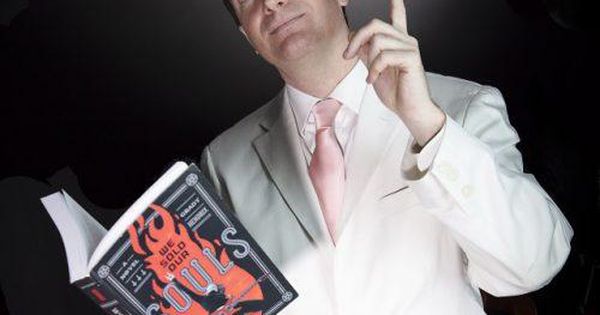 Get Out, A Quiet Place, and Hereditary are all examples of critical and commercial horror successes, and even the new Halloween movie, debuting this October, is on track to join them. That’s right, even the hoary slasher franchises of forty years ago — once constantly criticized for their endless subpar sequels — are being lauded.

Now, I’m not going to write a trend piece about horror movies finally being prestigious: You can already read a handful of those on the internet yourself. But does the world of fiction love horror as much as filmgoers, and has that interest risen in recent years?

It’s tough to tell from the data, but horror does fall into a broader category that has been growing in popularity with book readers of all stripes: Genre fiction.

By one count, science fiction and fantasy book sales have doubled since 2010, with indie ebooks largely responsible for the rise, accounting for 48% of SF&F sales across all formats. As Smashwords CEO Mark Coker put it to me in an interview earlier this year: “The bestselling indie [ebook] titles are genre fiction. Genre fiction is ideally suited to screen reading because it’s straight narrative and easily reflowable.” The same is apparently true of digital audio: Of the 70% of Audible audio sales that are fiction, genre books are predominant.

Horror novelist Grady Hendrix has experience with horror fiction’s ebb and flow: As the author of the Stoker Award-winning Paperbacks From Hell, he’s covered the horror paperback boom of the 70s and 80s, from the first Satanic cult to the final serial killer. So, does he think horror fiction has become more popular over the past few years?

“About 10 years ago, the Barnes and Noble near me in Union Square took out its horror section. About two years ago, they put it back in,” Hendrix says. “I think the success of It, and The Walking Dead (which was a comic before it was a TV show), and a dozen other movies and comics has helped to make horror seem more mainstream and less like something dirty you do all by yourself in a dank basement.”

Horror fiction might be making a comeback of sorts — Hendrix’s latest well-reviewed contribution to the genre, We Sold Our Souls, debuted earlier this month — but it has definitely mutated.

“When the horror paperback boom died in 1995, horror went into hibernation. A lot of people think horror died in the Nineties, but really a whole new audience was being groomed,” Hendrix tells me. “People who grew up watching Buffy, and The X-Files, and Charmed, and Angel are all adults now and they have very different expectations for horror. They like it to be scary but also romantic, and funny, and to be more female friendly. So I think what you’re seeing now is just that generation being old enough to call the shots.”

And, as the 80s setting of 2017’s It and the 1978 origins of the Halloween franchise indicate, our modern-day interest in horror has a lot to do with nostaglia. “I think there’s always been an interest in the past when it comes to horror. The Hammer films and the early Corman films in the 50s and 60s all harked back to the Victorian era, and the 80s saw a bunch of remakes of 50s movies like The Thing and The Fly,” Grady says, invoking the ‘nostalgia cycle’ concept. “So it makes sense that for the past few years, film festivals have been celebrating movies that worshipfully reproduce that 80s aesthetic.”

Grady should know: Together with his Paperbacks From Hell co-author Will Errickson of the Too Much Horror Fiction blog, he’s editing a new limited series of reissued horror classics, to be published by Valancourt Books. “I’ve written introductions to a lot of their books like Hell Hound and The Auctioneer,” Grady explains, “and when the folks over there read my Paperbacks from Hell they were really excited to make our loose dating relationship more formal.”

Planned for publication in early 2019, this reprint series of forgotten horror gems offers more anecdotal support for a horror fiction resurgence. Valancourt Books, at least, is placing its bets on the resurgence of retro horror.