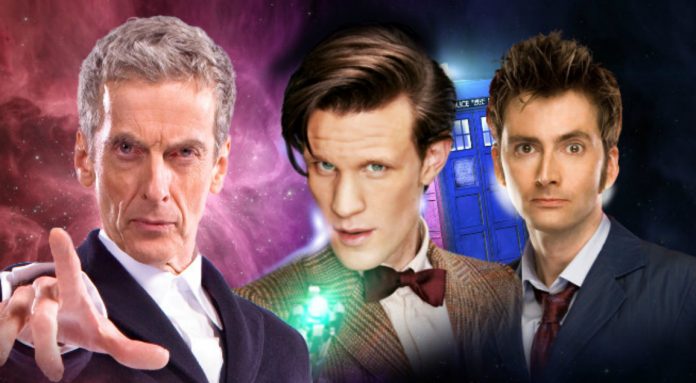 If you’re a Doctor Who fan, you probably know of the work of Big Finish Productions, the audio company with the license to create brand new stories starring the ever-changing cast of the TV show. Virtually every living Doctor and a whole host of companions, allies and supporting characters appear in Big Finish’s audio dramas, which will have been going for an impressive 20 years in 2019.

To celebrate this milestone, the company’s releasing its biggest boxset yet. Titled The Legacy of Time, the six-part collection unites at least five Doctors and a galaxy of stars from the show, both contemporary and classic. The cast, which is full of Doctor Who royalty, includes Tom Baker, Peter Davison, Colin Baker, Sylvester McCoy, Paul McGann, Alex Kingston, Sophie Aldred, Katy Manning, Jemma Redgrave and Ingrid Oliver. And there’s still plenty more where that came from.

The stories involve lots of time-travel hijinks, including the Seventh Doctor and Ace revisiting the setting of classic story “Remembrance of the Daleks,” the current UNIT team traveling back to the original version of the alien-busting organization from the 1970s and even some more revelations about that most mythical pieces of Who lore, the Time War which wiped out the Doctor’s people, the Time Lords.

The official synopsis for The Legacy of Time reads as follows:

“Time is collapsing. Incidents of temporal chaos and devastation are appearing throughout the many lives of the Doctor and his friends – fallout from one terrible disaster.

“The Doctor must save history itself – and he will need all the help he can get. The truth is revealed, and it will take more than one Doctor to save the day!”

If you’re new to Big Finish and want to check out their other efforts, we’d recommend their Tenth Doctor range, which sees David Tennant reprising his role as one of the most beloved Doctors alongside the likes of Billie Piper and Catherine Tate. As well as appearing in this particular boxset, Alex Kingston also has her own series as the Doctor’s wife River Song, in which she encounters other incarnations of the Time Lord that we haven’t seen her meet on screen.

Doctor Who: The Legacy of Time is available for pre-order now from Big Finish’s website. As well as download, it’ll also be released on a limited edition eight-disc CD format, with just 4000 copies up for grabs. It’s set to materialize in this dimension in July 2019 and you can let us know down below if you plan on picking it up.