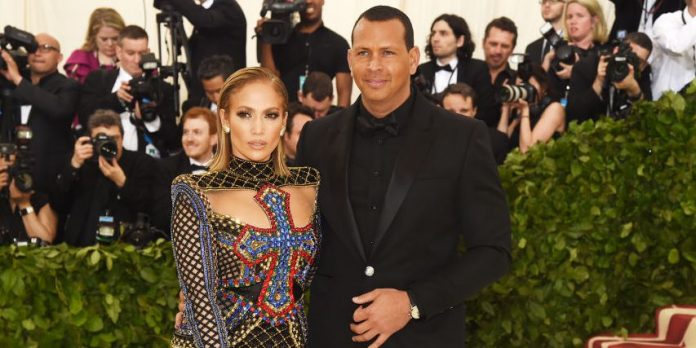 The first Monday in May is here, which can only mean one thing: it’s time for the Met Gala, fashion’s biggest night.

The annual fundraising event hosted by the Costume Institute at the Metropolitan Museum of Art in New York first launched in 1948 as a midnight supper and has now become an A-list party with famous faces and over-the-top couture gowns from designers like Versace, Valentino, and Dior.

The 2019 Met Gala signals the opening of the “Camp: Notes on Fashion” exhibition, which Met members can start visiting on Tuesday, May 7 at 10 a.m. while the general public has to wait until Thursday. In honor of that, let’s breakdown how to watch the Met Gala and what you can expect from the yearly fashion extravaganza.

What’s the Met Gala start time, and where can I watch?

It’s very important to note that the Met Gala is a super private event that you actually can’t watch on TV. Once the celebrities have walked inside the museum for a private cocktail party and sit-down dinner with special performances, the only inside look viewers can have will be coming directly from Vogue‘s Facebook, Twitter, Instagram, and Snapchat accounts.

That said, the world will have access to the red carpet, which will be live-streamed on E! (you’ll need the log-in information for a cable provider). E!‘s Live From the Red Carpet: The 2019 Met Gala special will kick off at 5 p.m. ET. In addition, at 7 p.m., fans can head over to E!‘s Twitter, the E! News app, and eonline.com for behind-the-scenes information and recaps of the best fashion moments.

How else can I see the Met Gala red carpet?

Despite all of the live streams mentioned above, the best place to watch will probably be Instagram. Although the event has a strict no-cellphone rule, chances are celebrities will be posting on the app all night long—just like Kylie Jenner memorably did in 2017.

Last year’s theme was “Heavenly Bodies: Fashion and the Catholic Imagination” and stars came dressed as holy figures. Who could forget Rihanna showing up looking like the Pope? This year’s theme is far from religious.

Like the title of the exhibit says, the theme is “Camp: Notes on Fashion.” Wondering what that means? Well, it’s based on writer Susan Sontag’s 1964 essay titled “Notes on ‘Camp’.”

“The essence of Camp is its love of the unnatural: of artifice and exaggeration,” she wrote.

The curator of the Costume Institute, Andrew Bolton, elaborated on what exactly the theme actually is in an interview with The New York Times.

“We are going through an extreme camp moment, and it felt very relevant to the cultural conversation to look at what is often dismissed as empty frivolity but can be actually a very sophisticated and powerful political tool, especially for marginalized cultures,” he said. “Whether it’s pop camp, queer camp, high camp or political camp—Trump is a very camp figure—I think it’s very timely.”

Aside from the main co-chairs, there is also a group called the “host committee,” which features 183 people this year, according to The Hollywood Reporter.

“While the committee isn’t reflective of the Met Gala guest list, it’s certainly true that of late there has been a stronger presence of Hollywood names on it,” Wintour told The Hollywood Reporter. “Obviously it helps that well-known names draw attention to not only the gala but also to the exhibition and to the museum; for all the starriness of the names on that one night, we never lose sight of the fact that the aim of the gala is to raise funds for the Costume Institute, so we can support its place in the cultural life of New York City and beyond.”

What can we expect from the exhibition?

The Met’s “Camp: Notes on Fashion” exhibition will have over 200 pieces of men and women’s fashion, along with paintings, drawings, and sculptures from the 17th century through today.

Clothes from designers and brands like John Galliano, Virgil Abloh, Alexander McQueen, Mugler, Bob Mackie, Karl Lagerfeld, and more will also be featured. A theme that will be relevant throughout is how exaggeration, theatrically, parody, irony, and humor are shown in fashion. It will also highlight certain queer subcultures of America and Europe going back to the 19th and early 20th centuries.

For more ways to live your best life plus all things Oprah, sign up for our newsletter!