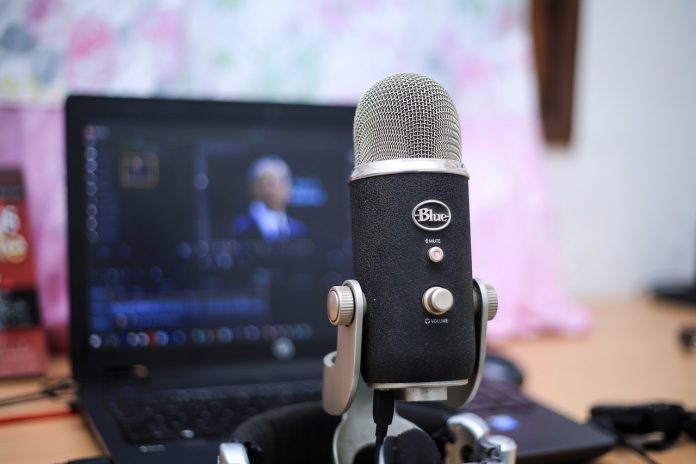 September seems to be a bag of mixed opinions when it comes to the viability of podcasting’s business potential. It began with drastic cutbacks from BuzzFeed and Panoply, and later ended with SiriusXM’s $3.5 billion acquisition of Pandora and iHeartMedia’s $55 million purchase of Stuff Media.

And then flying relatively under the radar are two very notable stories that — when viewed together with context — suggest podcasting will eventually evolve from primarily audio-focused into video content, with potential to become full-blown TV series.

The first story is Endeavor announcing a new podcast/audio division. The second is a far more telling development (and reason I’m writing about podcasting on TV[R]EV]): the recent disclosure by Spotify about its notable growth of video ads delivered during podcasts on the very audio-centric platform.

There’s a very very good explanation for why video is killing it on Spotify. Video advertising is much more mature in terms of being measured and sold to media buyers. Podcasting and audio content, on the other hand, is still finding its footing (Spotify for its part is already addressing the measurement challenges having recently added support for Nielsen Brand Effect). However, with Spotify now making a name for itself as a destination for consuming podcast content as well as Pandora’s plans to follow a similar strategy on its platform, that will soon change.

It’s only a matter of time before most other audio platforms are able to deliver related content recommendations for podcast clips, episodes, and of course the more lucrative video ad spots. But Spotify is the one to watch, as both it and those producing podcasts will be freshly incentivized to figure out how to add a compelling video component that drives engagement to serve more video ads.

Buzzfeed’s aforementioned cuts also hint at podcasting’s migration into the burgeoning world of connected TV (CTV). Despite cutting its podcast staff to beef up video, Buzzfeed’s content may not necessarily change much beyond the incorporation of video. But that change opens a lane for premium distribution across CTV, desktop and mobile, and subsequent over-the-top (OTT) advertising. The audio can still be used for podcasts, but the emphasis will be on video streaming, where the higher CPMs are.

Considering this, it’s no surprise that video supply-side platforms (SSPs) like Beachfront have emphasized connected TV support. As TV[R]EV’s Alan Wolk points out in a recent piece about ad supported OTT growth:

“…Beachfront has been plowing these fields for a while now — it was one of the first companies to start selling ad space on OTT and connected TV, back when no one thought that either was more than a passing fad.”

The same could be said now of the impending gold rush for podcasts utilizing (and monetizing) video. Podcasts looking to make these sorts of switches can find tools like SpareMin’s Headliner allow podcasts to turn into visual assets that you can sell ads against as on-demand inventory on social platforms.

With a feed-based consumption ecosystem creating hurdles for some podcasts, visuals are a way to both appeal to how users discover, and monetize the audio assets in ways they couldn’t without that video component.

In other words, look to video, and the advertising opportunities streaming video content creates, for the future of the podcasting medium.