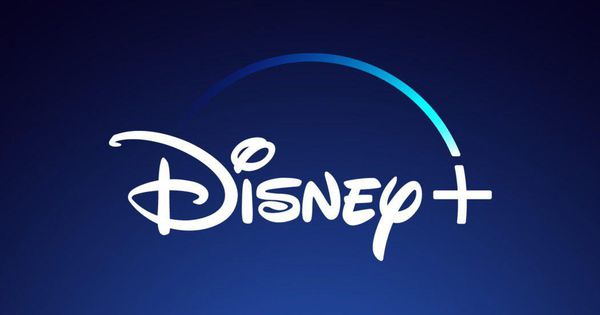 With the Disney+ streaming service now launching in less than three months (in some territories, anyway), Disney has been using the D23 Expo to bombard eager fans of its many uber-popular franchises with information on the various shows it’s hoping will secure Disney+ huge subscriber numbers from day one.

Disney has also, though, revealed how it plans to win AV fans to its Disney+ cause. Namely by making its content available in resolutions up to 4K, with Dolby Atmos object-based sound and high dynamic range (HDR) support. In fact, it’s promising to offer support for the premium Dolby Vision HDR format, with its enhanced color mastering and extra picture-boosting scene by scene image data.

As well as being big attractions to AV fans in themselves, the premium audio and video aspecs Disney is promising for its Disney+ service are surely designed to fire a shot across the bows of key rivals – especially Netflix and Apple TV.

Disney+ is looking likely to have a big impact on the world of streaming and TV content delivery.

Netflix and Apple TV also both support 4K, Dolby Vision and Dolby Atmos, of course. However, crucially, while Disney has stated that its 4K, Dolby Vision and Dolby Atmos support (as well as simultaneous streaming on four separate household devices) will be offered on supporting devices within the standard $6.99 a month/$70 annual subscription price, Netflix charges extra for its top AV tier. In fact, it currently charges $16 a month for its 4K, multi-screen service – well over double the all-in Disney+ price.

Provided Disney+ offers 4K and HDR support on a decent amount of its movies and TV shows, that Netflix price is going to look harder and harder to sustain. Unless, at any rate, Disney+ starts ramping up its own price following its aggressive opening offer.

Where Apple TV is concerned, Disney has steadfastly refused to let Apple TV carry any of its films, including all of its Marvel and Star Wars titles, in 4K or HDR. So if you’re an AV fan as well as a movie fan and you want streaming access to all of the massively popular film franchises Disney owns, then Apple TV alone won’t do it.

It’s often supposed that Disney’s decision not to allow its films to appear in 4K and HDR on Apple TV was down to Disney not supporting Apple’s policy of charging the same for 4K/HDR version of films as it does for HD/SDR ones. A supposition bolstered by the recent announcement (covered here) that Disney would be making its films available on Google Play  in 4K and HDR, but only at much higher prices than their HD/SDR equivalents.

Following the latest Disney+ price revelations, though, it’s tempting to think that Disney has wanted to keep the premium AV versions of its films away from Apple TV to bolster the appeal of Disney+.

The fact that Disney+ is going to support Dolby Vision even raises questions about Disney’s commitment to 4K Blu-ray physical media versus Disney+. After all, as I’ve written about numerous times, after a brief flirtation with Dolby Vision on a handful of 4K Blu-rays back in 2018, Disney has very notably failed to include Dolby Vision on any of its 4K Blu-ray releases over the past 14 months. So if you want to enjoy the majority of Disney titles with the extra dynamism and color accuracy Dolby Vision can bring, your most affordable and comprehensive option is going to be Disney+.

Black Panther was the last 4K Blu-ray from Disney to carry Dolby Vision.

I should say that there are potential practical rather than ‘political’ reasons for Disney not using Dolby Vision on its 4K Blu-rays. Encoding in Dolby Vision for 4K Blu-ray disc is apparently a very different process to encoding in it for streaming; so you can’t just do one Dolby Vision master for all forms of distribution. And apparently there’s currently a shortage of mastering houses that can do Dolby Vision on disc well – a potential issue when you’ve got as many titles to get out of the door as Disney.

I’ve also heard it said that there are technical difficulties with getting Dolby Vision onto 4K Blu-ray, and that Dolby Vision eats up a few percent of the available space available on 4K Blu-rays. This latter point becomes a problem when you’re using 66GB rather than 100GB 4K Blu-ray discs for your films, like Disney tends to.

There’s no ignoring the fact, though, that most other studios regularly and pretty successfully manage to get Dolby Vision onto 4K Blu-ray titles. In fact, we’re starting to see a growing number of 4K Blu-ray releases from other studios that carry films in both Dolby Vision and rival HDR10+ dynamic HDR formats. So anyone who’s been saying for a while now that Disney isn’t bothering with Dolby Vision on physical media because it wants to push people to its upcoming streaming service won’t see anything in the latest Disney+ revelations to persuade them they were wrong.

Disney initially only managing to roll out Disney+ in a relatively small number of territories is a disappointment. It also remains to be seen how the other big streaming players might react to Disney+ in both content and price terms. However, when you also factor in the scale of interest in the new Disney+ TV shows and films being announced at the D23 Expo, the impact Disney’s service will have on the streaming world looks increasingly likely to be monumental.

Disney+ Vs Netflix: It’s Time To Think The Unthinkable