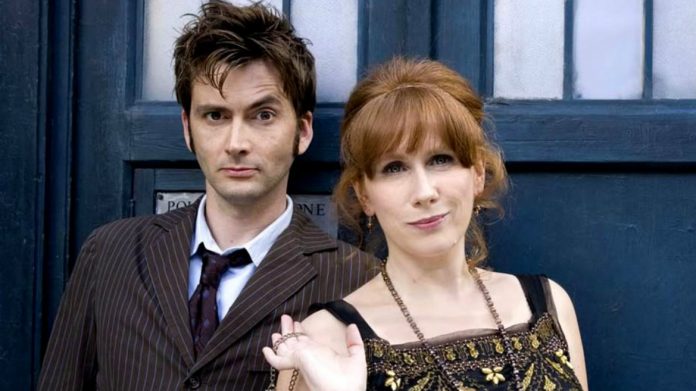 The Tenth Doctor and Donna Noble are back in the TARDIS for another round of adventures in space and time! It’s been almost 10 years since David Tennant and Catherine Tate both appeared on TV’s Doctor Who – in 2010’s New Year’s Day special “The End of Time: Part Two” – but the dynamic duo are side by side again for a new boxset of audio dramas from Big Finish Productions.

Tennant and Tate previously reunited for the first volume of The Tenth Doctor Adventures back in 2017, with the second release featuring Tennant alongside Billie Piper’s Rose Tyler instead. Tate’s back on board for volume three though, as is the whole of the Noble family, with Jacqueline King and fan favorite Bernard Cribbins reprising their roles as Donna’s mother Sylvia Noble and her granddad Wilfred Mott.

Producer David Richardson explained that the idea to bring back Wilf came from ex-showrunner, and creator of the character, Russell T. Davies.

“Three box sets in and my excitement about working on The Tenth Doctor Adventures is as strong as ever. When we first started thinking about this new set of stories I emailed Russell T Davies to ask about including Sylvia Noble. He suggested we should try for Wilf Mott too – it had never occurred to me that we might be able to get actor Bernard Cribbins involved. But a call to Bernard’s agent revealed how delighted he was by the prospect, and there we had it – the Noble family together again, nine years after they last appeared on TV.”

The Tenth Doctor Adventures: Volume 3 comprises of three 60-minute episodes. “No Place” by James Goss gets the time-travelers stuck in the world of reality TV, while in “One Mile Down” by Jenny T. Colgan, the Doctor and Donna will journey to the underwater city of the Judoon. Finally, “The Creeping Death” by Roy Gill sees the TARDIS land in the deadly London smog in the 1950s.

The boxset is available to buy now from Big Finish’s website and it sounds like the perfect way to get your Doctor Who fix while the TV show is on hiatus until 2020.