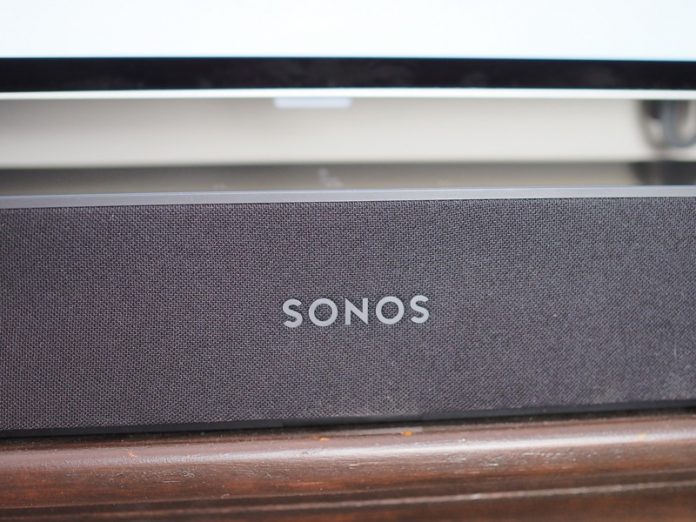 TV’s are getting smarter and smarter, but audio is modernizing as well. It used to be that if you wanted great sound in your living room, you had to have an expensive receiver, thousands of dollars worth of satellite speakers, miles of speaker wire, and a professional installer.

But soundbars have come a long way in the last few years. While full-sized speakers will still sound better — sound needs space, after all — soundbars sound great for their size. That size also requires a smaller footprint in your living room, only one audio cable, and it’s easier than running speaker wire through your floor or ceiling. With wireless connectivity for subwoofers and satellite speakers, you’re all set.

Here are the best soundbars for your Chromecast or Fire TV!

If you’re already happy with the soundbar you own, there’s no sense in spending money on a new one. As long as you can get the audio from your TV to the soundbar and you’re not looking for some of the surround setups below, there’s no much a new soundbar will do that your current one won’t.

If you want to make the soundbar a little smarter, you have a few options. You can hook up an Amazon Echo Dot or Google Chromecast Audio to the soundbar, provided it has multiple audio inputs so you can still get sound from your TV. If you’re in Google’s ecosystem, you’ll need to use Google Assistant on your phone or purchase a Google Home Mini for voice commands. Even with a couple extra pieces of hardware, you’ll still save money and time compared to purchasing a new soundbar.

More: How to use Chromecast Audio as a whole-home audio alternative to Sonos

If you are interested in new hardware, Sonos’ ecosystem is tough to beat. Its new Beam soundbar. For a cool $400 you get a superb TV soundbar with some basic smarts. The soundbar connects to your TV with HDMI-ARC, or with the included HDMI-to-Optical adapter. It only supports Alexa right now, but Google Assistant integration is supposedly coming at some point. You can control your TV with your voice if your TV supports HDMI-CEC, which most modern sets do. Controlling your TV with your voice isn’t a replacement for a remote, but it’s a nice option.

Sonos’ ecosystem is attractive because of how easy it is to add more of their speakers and create a surround system. You can start with the Sonos Beam and have a great soundbar. A few months later, you can pick up a couple of Sonos One speakers to add more channels. Or, you can buy a Sonos 5.1 kit with everything you need.

The Sonos Beam is available in black or white for $400.

Another great option for those that prefer Amazon’s voice assistant is Polk’s Command Sound Bar. The Command Sound Bar looks like someone just placed an Echo Dot in the middle of a soundbar, which is pretty much what Polk did. The soundbar connects to your TV with either an HDMI or Optical cable, and there are two 4K HDR HDMI passthrough ports. If you use a Fire TV Stick or other streaming stick, there is a USB port on the soundbar itself to deliver power.

The Command Sound Bar includes a wireless subwoofer for deep bass, and it supports Bluetooth if you’d like to stream music from your smartphone. There are two holes on the back of the Command Sound Bar for wall mounting, or it’ll look great on a TV stand.

If you’re in Google’s ecosystem, now may not be the best time to buy a soundbar. The JBL Link Bar is going to be filled with features and pull triple duty as a soundbar, smart TV box and receiver. You get the full Android TV interface, including Google Cast support. There are three HDMI inputs to the Link Bar, and you can use your voice to switch between inputs. The soundbar itself should sound great, since JBL knows how to handle sound. And you’ll be able to expand the soundbar with one of JBL’s wireless subwoofers.

There’s still a lot we don’t know about the Link Bar, including the final release date and the final retail price. There’s also the fact that other products are at retail NOW, so if you’re planning an expansion to your living room, it’s easier to plan around something that actually exists.

If you don’t want smarts with your soundbar — or want Dolby Atmos in a compact form factor — LG has you covered. Its SK10Y soundbar features five channels across the front of the soundbar, as well as two upward firing channels and a wireless soundbar. There’s Google Cast built-in for audio only, and you can pick up a rear speaker kit for surround sound.

As for connecting to your TV, you have plenty of options: 3.5mm, Optical, or HDMI-ARC, as well as two 4K HDR passthrough ports. In addition to Google Cast, you also have the option of streaming over Bluetooth.

LG’s SK10Y Soundbar with Dolby Atmos is available in dark gray for $1,000.

Much less expensive — but still plenty capable — is Vizio’s Smartcast line. Vizio offers a variety of soundbars with different amounts of channels, but none are more than $400 for a complete kit. That means you get your soundbar, subwoofer and wireless rear surround speakers at one price. As the name implies, you can stream music with Google Cast, but also over Bluetooth.

As for connecting to the TV, most of Vizio’s soundbars offer 3.5mm, Optical Audio and HDMI-ARC support. Some offer HDMI passthrough, which is great if your TV is low on ports. There’s also Ethernet to make your Google Cast streams more stable.

Vizio’s Smartcast soundbars are available in various sizes, in black, for up to $400.

Another great and inexpensive option comes from TaoTronics. If you want your first soundbar to sound great without breaking your wallet, this is the best choice for you. You get two audio channels, Bluetooth connectivity for your phone, 3.5mm or Optical connectivity to your TV, all in a slim package. There’s no HDMI passthrough, no smart assistants, nothing but good sound.

At only 25-inches across, this is a great option for college dorms or other rooms without a lot of space. And if you want to get fancy, there are two holes for wall mounting the speaker.

TaoTronics’ Soundbar is available in black for $70.

Which is your pick?

Which soundbar are you interested in? Let us know in the comments below!