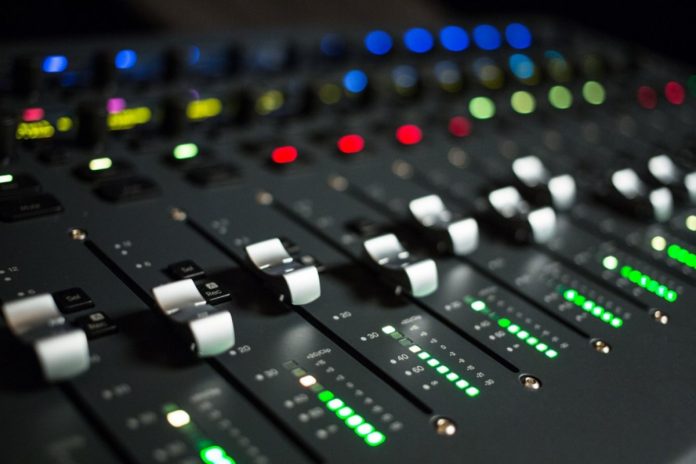 At this year’s NAB Show, I was engaged in a discussion about audio over IP with Phil Wagner, recently named president of Apogee, when he mentioned that no one was really discussing how to merge the technology into existing television environments. My own columns have been pointed more toward implementing it into new builds.

THINGS TO KEEP IN MIND

There are really just a few key things to keep in mind when tossing AoIP equipment into the technology mix of a current broadcast plant, but with SMPTE ST-2110-based facilities coming online and AoIP beginning to manifest itself in a very physical sense, this seems like a good time to look at them.

Just as we’ve done since television audio became digital, everything in the plant needs to be referenced to the same master clock. This has traditionally meant providing either black, tri-level, word clock or AES reference (DARS), but network connected devices—surprise—look for their clock on the network, which means we now need to provide them with an IEEE 1588 Precision Time Protocol (PTP) clock, which has been referenced to the house master. In the past this might have been achieved with a master clock from the IT world, but broadcast device manufacturers now provide master sync generators that include PTP alongside standard reference signals. Reference remains critical because the audio going through those network cables is still digital, so nasty tics, pops or complete lack of audio is the result when the reference clock is missing or incorrect.

Choosing a specific AoIP technology can seem like a daunting task since incompatibilities remain even with the publication of the AES67 standard. Remember that AES67 is not an end-to-end solution but is a defined set of internet protocols that, if followed, will allow audio to pass from one AoIP device to another. The good news is that virtually all AoIP equipment manufacturers ship their newer products with an AES67 compatibility mode of some sort, which ensures that audio will pass when connecting a box with one AoIP technology to a box with a different AoIP technology.

The bad news is that the audio is all that is guaranteed. Sticking with a given AoIP technology, Dante, LiveWire, Ravenna or WheatNet for instance, provide a more end-to-end solution so that all AoIP equipment on the network is aware of each other and information can be shared between them. It also means having full control of those devices, allowing routing and management. Mixing AoIP technologies doesn’t preclude the possibility of doing any of these things, but the lack of information sharing between technologies can make it very, very difficult.

Careful planning is the best course of action before heading down the AoIP road. Since AES67 is the PCM audio transport of ST-2110, any AoIP devices in the broadcast chain will most likely need to operate in AES67 mode, so it is necessary to determine what, if any, features are lost when switching devices to this mode. Since discovery, control and management are not part of AES67, it is also critical to determine how this will be done prior to adding AoIP devices to the plant.

As previously mentioned, sticking with one technology or manufacturer will solve this problem, but this may not provide all the necessary pieces. There are now some third-party software products that promise to make differing AoIP solutions work together despite their differences, but a demonstration of the software controlling actual hardware seems in order before committing to this.

A solid solution seems on the very near horizon however, and it is already part of the ST-2110 package of standards. Obviously, ST-2110 will need discovery and registration, connection management and control, so the Advanced Media Workflow Association (AMWA) Network Media Open Specifications (NMOS) IS-04 and IS-05 have been chosen to solve those needs for ST-2110 devices. This means that AoIP devices in television facilities will use AES67 for audio transport, IS-04 to locate each other, and IS-05 to connect. Actual implementation of these specifications will be through additional software, but this is the current solution planned for SMPTE ST-2110.

A temporary workaround to the lack of discovery, connection and control across all AoIP technologies is to build an AoIP system from a single technology, then isolate this AoIP island from the rest of the plant with the exception of converting signals going in and out of these rooms. This could work for an audio suite (or group of suites) or even live mix rooms where IO to the room is self-contained and does not need to interface with other IO other than for ingest and playout. Outfitting professional broadcast audio consoles (and some semi-pro models) with AoIP alongside SDI, MADI, AES, analog IO as part of the system’s configuration is becoming standard practice. Achieving the same thing in video edit suites and the greater facility will prove a bit more difficult, and will involve more interstitial pieces. But again, advance planning is key, and part of that planning should be looking toward the facility’s future and not just its current state.

Probably the easiest part of adding AoIP devices to a television facility is connecting existing audio and networked audio devices together. There is more to it than just plugging in Ethernet cables for the AoIP devices themselves, since they need to be set up properly on the network. The type of network and its particular setup will determine how complex this actually is. Yet when it comes to interfacing AoIP devices with traditional audio devices there are plenty of solutions available of all types.

Attention needs to be paid to the underlying technology and whether it has an AES67 mode, but not every piece will be part of the broadcast chain.

Jay Yeary is a television engineer who specializes in audio. He can be contacted through TV Technology magazine.